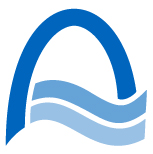 While inserting the second fuel element the Heinz-Maier -Leibnitz Research Neutron Source started its routine operation on April 25, 2005. April 22, 2005 the Bavarian State Ministry of Environment, Public Health, and Consumer Protection as Nuclear Regularity Authority gave the approval for the routine operation and at the same time it released the general contractor Siemens AG as co-owner from the nuclear licence. Now as a consequence the Technische Universität München is the only and responsible operator of the Neutron Source in Garching. The scientific facility was designed, built, and put into operation by TUM and Siemens together with Framatome, its nuclear joint venture founded in 2001.

The preparations for the final transfer were intensified within the last weeks. When all the demanded evidence for routine service was provided and expertises and the reports of the TÜV compiled, the neutron source was ready for its scientific research purposes. During the transfer ceremony the president of the TUM; Prof. Dr. W. Herrmann, commented "Now we are responsible for the greatest research facility, which was ever built under the supervision of a University." The Neutron Source is a demonstration of the international attractiveness of German Sciences.

In order to accomplish the necessary checks and measurements of the neutron flux at the new installed neutron guides, the neutron source was running at low power for the first few days. It achieved its full efficiency of 20 MW on May 3, 2005. While keeping the regulated maintenance periods there will be 3 fuel cycles in the year 2005. One cycle means 52 days of permanent operation.

The high neutron flux and modern instrumentation of the neutron source are allowing a wide range of use. International scientific teams carry on basic research in fields such as physics, chemistry, biology and material sciences and may create high performance materials or may develop the basics for new pharmaceuticals. International selected experts assure that only the most innovative projects will get measurement periods at the neutron source. The recently built Centre for Industrial Applications is open for high tech industry such as medicine, radiopharmacy, and semi-conductor doping. "A broad range of applications in natural sciences, technology, and medicine is the speciality of the neutron source" says the TUM president Herrmann.